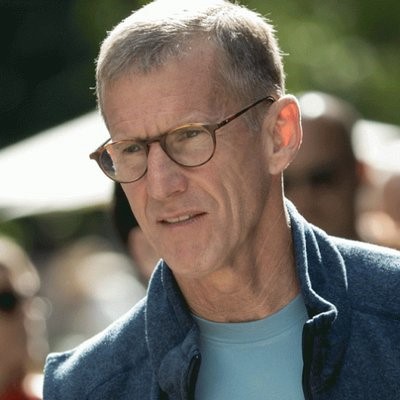 What I worry about most in America today is disinformation, and what that’s produced: deep polarization of our society, and difficulty in coming together to protect things like our democracy. It’s important to speak out now, because if we’re silent, critical institutions can simply erode, and lose their power to keep our democracy safe. America’s national security has always been based not on military power, but on the idea that we are a strongly united republic. When our enemies think that we’re not, we become weaker. Now is the time for us all to commit to a common pledge to support the one thing that makes us special, and that makes us a democratic republic.

Stanley McChrystal is a retired United States Army General best known for his command of Joint Special Operations Command (JSOC) in the mid-2000s. His last assignment was as Commander, International Security Assistance Force (ISAF) and Commander, United States Forces – Afghanistan (USFOR-A). He previously served as Director, Joint Staff from August 2008 to June 2009 and as Commander of JSOC from 2003 to 2008, where he was credited with the death of Abu Musab al-Zarqawi, leader of Al-Qaeda in Iraq. He was appointed in 2009 to lead all forces in Afghanistan, a post that he held until June, 2010. McChrystal’s post-military career includes the 2011 founding of McChrystal Group, a consultancy firm that brings lessons from the battlefield into the boardroom.  His memoir, My Share of the Task, was published in 2013.