No items found.
Product is not available in this quantity.
Our Team >>
Michael Hayden 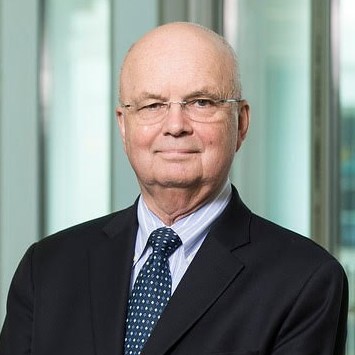 Chairman of the Board

General Hayden is a retired four-star general who served as director of the Central Intelligence Agency and the National Security Agency. He was the country’s first Principal Deputy Director of National Intelligence and the highest-ranking military intelligence officer in the country. General Hayden also served as Commander of the Air Intelligence Agency and Director of the Joint Command and Control Warfare Center. He served in senior staff positions at the Pentagon, at U.S. European Command, at the National Security Council, and the U.S. Embassy in Bulgaria. He was the Deputy Chief of Staff for the United Nations Command and U.S. Forces in South Korea. General Hayden is a contributor to such pop culture phenoms as Showtime’s Homeland, HBO’s Manhunt, and Showtime’s The Spymasters, and is the Founder of the Hayden Center for Intelligence, Policy and International Security at George Mason University.